Dear Mel: SFG Down Under? 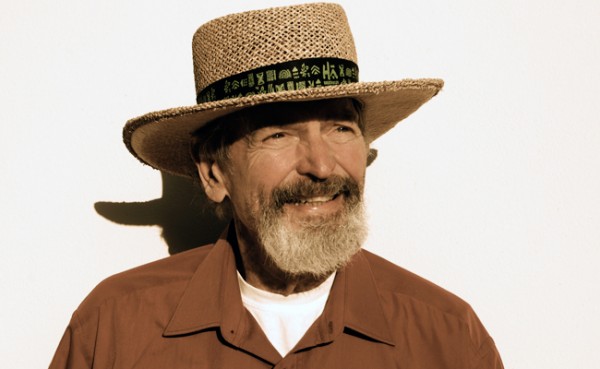 I’m introducing a new section on my site called Dear Mel.  Ever since Dear Mel: You’re Off My Christmas List! got so many responses, I thought it would be a great idea to highlight some comments and emails that I have gotten.  Our first letter today is from Kate in New Zealand:

Hi Mel, I discovered your book in my local library in New Zealand and think it is great.  Totally want to give it a try.  Do you have a version for southern hemisphere – since the planting guides in the one I have borrowed is on northern hemisphere seasons.  I know I can flip the calendar around, but if I can buy one for the southern hemisphere it would take the thinking out of it little bit more.

Good to hear from you Kate.  We have many fans in New Zealand and you’re the first one that has asked for a “down under,” as we call it, planting schedule.  First I have to ask you: which book do you have?  Because Rodale, the original publisher, published a slightly revised mail order version of the original SFG book.  It came out in both hard and soft cover, and they told me that the hardcover version was for Australia and New Zealand.  Do you have the hardcover version?  The cover of both are the same, and have me looking out from a little circle in the title onto an artist rendering of a Square Foot Garden.

This does not have a special time schedule for New Zealand and it even has maps of the USA only, so they did nothing special for you unfortunately.  Based on your letter, I’m going to write some of your friends in New Zealand and ask if they can create the chart that you’re thinking of.  Or, if there are any of you readers out there that live in New Zealand or Australia that could give me a planting schedule for your region, that would be great and I would feature it on my blog.

I do want to tell you though that everything in this version I’m talking about describes the original method and tells you to dig up 6″ of your existing soil and mix in 2″ more of 3 ingredients: peat moss, vermiculite and compost.  Then, build a box and put it all back together with the grid.  If your book has the ALL NEW logo, then that is the absolute latest book with the 10 major improvements to the method, so you no longer have to dig up your existing ground and it eliminates all of the hassle, work and tools.

The first book was all black and white inside – the ALL NEW is all color inside and out and features a photograph of me in  SFG with white vinyl boxes.  Let me know which copy you have and we will get a proper chart out for you and all other gardeners below the equator.  In the meantime you can go ahead with the existing charts and still use the last frost for your springtime and first frost for your falltime.

Our second letter today is from Len, who actually managed to find one of the earliest copies of the SFG book ever printed in his house:

I read Mel’s blog about his books with great interest.  I have the 1981 issue with the front cover photo of a much younger Mel standing and leaning on a shovel in his garden while looking up into the camera, but the selling price on the back cover was $11.95, not $9.95.  There is no indication that this is a second, or later, printing.  The ISBN number on the book is, 0-87857-341-0. Because I was a trucker for 40 years, it sat on my book shelf and except for a little yellowing from age, it is in perfect condition.  Now that I am retired and trying to get my own SFG started it has become my companion.  Thanks Mel.

That’s kind of exciting to hear about your early version.  It wasn’t quite the first, and I actually wrote about this in my post on the story of SFG books!  The very original 1981 first edition was priced at $9.95.  Despite my cries of, “That’s too low!” they reminded me that they were experts in garden book publishing.  Of course it was too low for such a radical idea as the Square Foot Gardening method and it took off like a rocket, selling so many copies right from the beginning that within a year they realized they had made a mistake (they never apologized to the author though) and they upped the price by 20% to $11.95.  Inside the front page at the bottom left you can see the number of printings from both hard and soft cover.  See what yours says, and that will tell you which printing it was.

Then within five years it sold so many copies that they raised the price to $17.95, a 40% increase in price.  Unfortunately they kept printing small runs of the book which caused them to run out of books all of the time, but they refused to increase the number of books in each printing.  Why?  I will never know.  The reason all of this huge increase in sales happened was not because the publisher was promoting the book.  They actually never spent a penny on promotion.  They never even sent the author on a tour.  It was the SFG PBS-TV show from 1981-1985 that caused the great surge in demand for the book.

I’m not telling you this as a “sour grapes” story, just sharing the facts and how difficult it was to live with a publisher that not only spent no money on promotion and refused to help the TV show, but then worst of all, wouldn’t print enough books to keep up with the demand.  It’s the old story of the authors always want more than the publishers will give them, and the publishers think all authors are demanding too much.  The end of the story came fifteen years later when I finally took the publisher to court, a settlement was reached, and a new publisher was located.

Keep in mind that the book you have does not include the 10 major improvements to the system.  It’s a good book, well written if I do say so myself, nicely illustrated, but it does contain the old system that requires digging, tools and a lot of work.  Not as much as single row gardening, but still a lot more work than the ALL NEW SFG system.  I hope you avail yourself and get a copy of the ALL NEW book.  You can order it directly from our website and as a thank you for your letter, I will personally give you a 25% discount, so all you have to pay is $15 plus the usual shipping and handling.  When you place your order on our website, link to this letter and Mel’s OK.