Do You Have to Get Paid?? 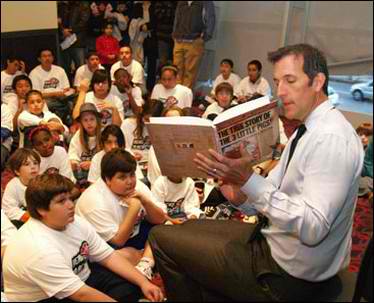 Do you have to get paid when you do a job? Raising a child, coaching little league, being a scout leader, organizing a church picnic, ushering, feeding the homless, keeping your sidewalk clean, giving someone directions, reading to kids at school or library, collecting food for a drive? Of course not, so why would anyone not want to volunteer for a good cause?

My apprentice, Katie, just remarked to me that we shouldn’t call the jobs referred to in my previous posts about creating 1,000 and then 2,000 jobs as “Jobs” because that makes people think they will get paid for doing these things. Kathy also remarked in her letter response that we think of jobs as in getting paid. Who does? I don’t. I say It’s a job raising a family, being a scout leader, a church choir member and we don’t get paid in $, we get paid in pride, helping another become a good citizen, improve our neighborhood. helping those in need on a temporiary basis till they can get on their own feet, continue helping those that can’t help themselves and all the other things that make a good person valuable to society. Stop always first thinking how much will I get paid. Think how much can I help you!

I want to assure her that the 1,000 new jobs can be looked at as opportunities and will be paid but not in dollars to start with but in information, education, self-esteem, gratitude, and the feeling that they’re doing something to help mankind and our environment. They’re learning good attitudes and good work ethic habits. They’re going to feel better about themselves and they’ll be admired by their family, friends, and neighbors. They’re no longer going to have to stand in line, a humiliating experience unless you’re waiting to enter an entertainment event. Think now if you ran a nonprofit, a YMCA, a Church, the Red Cross, the Square Foot Gardening Foundation, and some volunteer came in every day, ontime, ready to work with a smile and a good attitude by saying, “What can I do to help?” You’d plan ahead and have things for them to do. When they’re finished you’d look at them and say to each person, “That was a good job. Thank you for coming. We appreciate you.” How could that not make everyone feel better, more worthwhile, and an asset rather than a liability during this tough economy.

Picture now what might happen in the future? This same person becomes not only educated but mannered in the art of accomplishing something, helping someone else. That would be very visible to those that already have a job. Some of those are going to have to hire new help sometime in the future. Who would you pick? Someone that came every day, had a good attitude, smiled, seemed willing to help out? Or someone that did nothing but stand in a line waiting for their monthly help and received no opportunity to show their gratitude? Someday the economy’s going to get better, and there will again be enough jobs for everyone. If you didn’t have a job now, which group would you rather be in?