Is There Hope For Our Country? 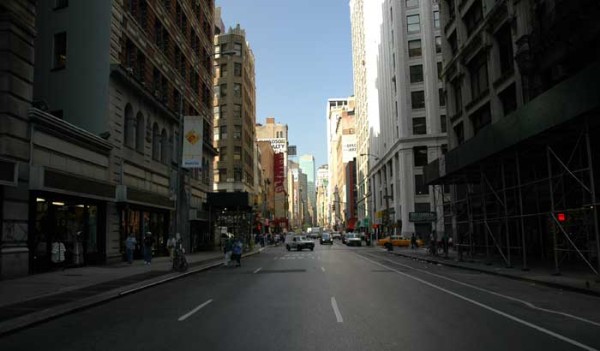 Despite all the news about our youth generation in today’s news, (I think you know what I mean), here’s a little story that will make you feel better.

Recently I was dictating several things, and not being a wiz at the computer, and trying new automatic programs, I really botched it up and I lost everything that I had done for the last hour. I was so discouraged and grumpy that I thought, “I think I’ll go out for a hamburger.  It’s almost suppertime.” Now, I’m not a big meat eater, but occasionally I do like a good hamburger. So, being new in this town, I’ll go by the advertisement and one restaurant had a big sign, “Best Hamburger in Town”.

I thought, “Well, let’s test them out and see if what they say is what they can do.” So I went in and went to the upper level. A very nice young waitress was very helpful, and explained all the Happy Hour drinks they have on sale, and I didn’t feel like interrupting her; and when she got all through I said, “Well, you’re going to be disappointed because I don’t drink.”  She smiled and said, “I don’t either.” So, that pleased both of us.  Then she went on and explained everything on the menu and I finally picked out something, and off she went.  She gave me the best service you could imagine, really taking a great interest in wanting to know if I’m new in town, and so forth and so on. When I told her what I’m doing on my one year to write my next book, she became very excited.  I really liked her. She took great pains to give me excellent service; more so than many of the other, well, let’s not go into other things, other places, and other people.

Anyhow, while I was sitting there, and it was upstairs, sort of open to the air, another young lady came up to me with a cigarette in her mouth and said, “Do you have any matches?” And, I said, “No, I don’t smoke.” And, of course, I couldn’t help but add, “And you shouldn’t either.” She kind of smiled and walked away thinking, “That grumpy old man.” But then she wanted to sit down at the table next to me and I shooed her away, and I said, “I can’t have that smoke nearby, I’m allergic to smoke.”  So, she moved to the other side of the whole room, and it wasn’t busy there. When my waitress came back I told her about it, and she said, “Oh, good for you.  I like that. I don’t smoke either, and I hate it up here. I hate working here because they allow smoking up here, and although the state says “No smoking in restaurants”, this is considered a patio.”  So, that was almost a second good notch for my waitress.

Later, after I’d been served, and she wanted to know if I needed anything else, and she’d be glad to get it, she did run and get different things.  And, the hamburger was great! It was cooked just the way I wanted, and she did a great job.  I got thinking, I do need a secretary here, in this town, because, otherwise I have to dictate, and use a computer program, and then send it back to my home office to have the girls there do it. So, I thought well, I should advertise somewhere, put a notice on the board, and I thought, “Why not start asking people?” I had asked at the place I’m staying to see if they knew anyone.

So, I asked my young waitress, “Do you know anyone that’s really good at a computer and can type quite well?” She thought a minute and then said, “Well, I can.” And, I thought, “Boy, I like that.  That’s good.” So we talked, and I told her what I needed, and she told me a little bit about her experience and one of them was that she left a company because she felt uncomfortable there. And I thought, “Oh, that’s not good on a resume.” So I asked her why? And she said, it was a financial company and everything seemed to be money, money, money. How to get it, and how to keep it.

Immediately I thought of my own publisher, but that’s another story. She said, “I’d really like to do something that’s worthwhile, and isn’t all about money, and something that will help the world.” And, I thought, “Babe, you’re right up our alley. That’s exactly what we do as a non-profit Foundation.”  So, I said, “Well, how good are you on the computer?” And we talked a little bit about different programs, and about typing, and if she could find her own mistakes and correct them, and all that sort of thing, and we did sort of a little job interview, and then I asked her how much she was earning now. And, of course, it’s a pittance as a waitress, plus tips.

She was all excited.  So, I said, “Well, why don’t we try it?  I’ll have you over, do some typing, go to our website beforehand and learn all you can about Square Foot Gardening because you’ll need to know a lot, and you’ll have to be interested in it. See if you get excited when you read all about it.” So, to make a long story short, I’m going to have her over next week, and give her a job interview, and then a typing test, if you will, or trial, and I’ll use her for a couple of days, and we’ll see.

If she can type and knows computer programs well, and can be an asset to our Foundation, it would save a lot of time and trouble, and nuisance that I have to do right now.  My home staff is very supportive of everything that I’m doing, and willing to comply, but this would allow me to look over someone’s shoulder, get things changed or corrected right away, and get them just the way I like them.  I am a rather fussy person, and hard to work with because I want everything done just right. The best part of the meal was as I walked out the door there was a big, cheery, loud, “Thank you, Mel,” echoing through the whole restaurant.

I just wanted to tell you that story to show you that, despite what we may sometimes think about our younger generation, by golly, there’s some pretty good ones out there.  They want to do the right thing, they want to be an asset to society, and they’re willing to work hard at it.  So, I’ll let you know how things work out after our first week.  Say a little prayer for both her and me.