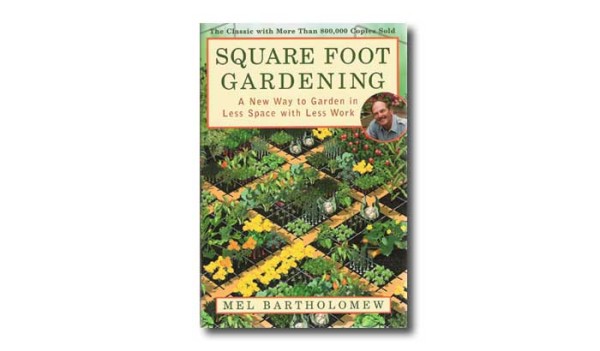 The original method and book was  published in 1981, quite a few years ago. The current version of that original book and method, was published in 2005 by the original publisher Rodale Press. Since then, we’ve made many improvements in the system and those improvements are all in the 2007 ALL NEW SFG book by a different publisher.  However, many people still like to read that original SFG book for all the stories, charts and history in it.

One of those major changes in the original system was how once you determine a location, then you dig down in the existing ground and remove six inches of soil, put that into a wheelbarrow or tarp, and then add two inches each of peat moss, coarse vermiculite, and blended compost. Mix it up and pour it back into the hole you just dug. Of course, now you have 12 inches deep of improved soil, so you have to build a six inch deep box. Does all that make sense?

Well, that was the original method and book, but as I went around the country giving lectures and demonstrations, people would say, it’s really a great system and it works fine, BUT.

Now as soon as I hear the word but, I have an idea of what’s going to come next.  And then they say, even though it worked, and I was very happy with the results, it was still a lot of work. Then I said, wait a minute. You used to have a garden as big as this room. Now you’ve got something that isn’t any bigger than a couple of table tops. And they repeated, yeah but it was a lot of work digging up those six inches. And even though I thought they’ve reduced the size of what they have to dig up by 80 percent, they now thought digging up that remaining 20 percent was still a lot of work. So, back to the drawing board.

I went to visit my favorite commercial greenhouse growers and as I walked in the end door, there on benches were boxes that measured four to six inches deep and plants growing as lush and large as you can imagine, including all the warm  weather crops like peppers and eggplant and tomatoes. How do you do that, I asked? And they said, we start with a perfect soil mixture. I asked about their existing ground ouutside, and they said, you don’t think we dig up our existing ground, do you? That’s dumb. That soil’s no good, filled with weed seeds, and would require a lot of fertilizer to make it work. It’s cheaper and easier to use a blended mixture out of things like peat moss, vermiculite and compost. I said, that’s what I use now, have been for ten years in my system.

Then after 2 years of experiments,  it really dawned on me that if they can grow it in a greenhouse in six inches of perfect soil, why can’t we do the same thing in our garden above ground? And if you don’t have to dig up your existing soil, many magical things happen.

Why Still Print the Original

If you don’t grab a copy of this book, you are doing yourself a tremendous disservice. Shorten your growth curve and just buy the book. You won’t regret it. It works!

So based on the many testimonials we still keep getting, I’m thinking that if you want to read the original SFG book and you promise that you have the ALL NEW SFG book, because I want you to have the latest major ten improvements, I would be willing to send you that original book either all by itself or added to any order you’re going to make for just a $5 donation to the SFG Foundation.  This offer will end Dec 31, 2011 so do it now. It retails for $19.99 and is featured on Amazon for about $7-$8 and none of that money goes to our Foundation, it only goes to Amazon.  So do yourself and us a favor and order this 2005 version of the original SFG book for a donation to SFGF.